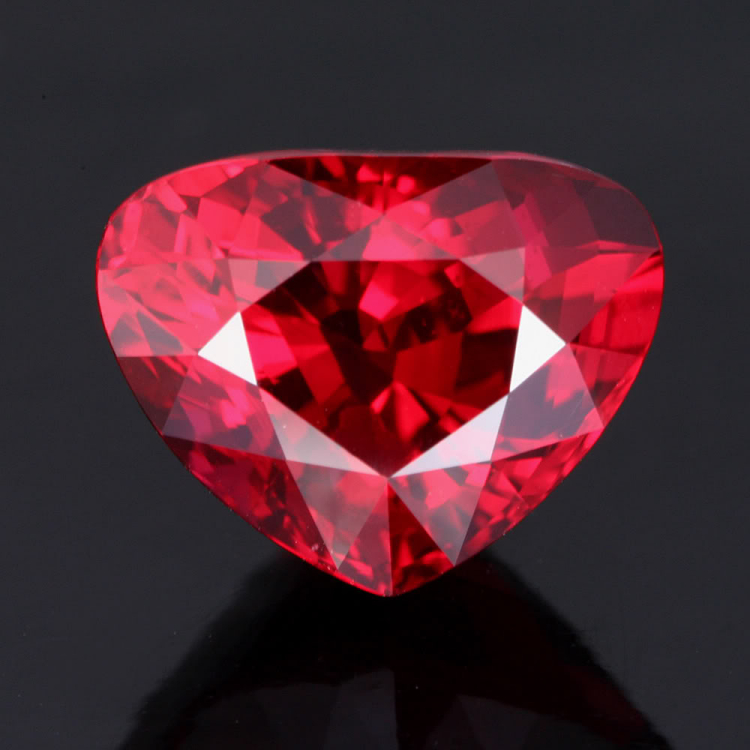 PLEASE NOTE THAT THE PRICES HERE ARE REPRESENTATIVE OF WHAT THE GEMS ARE AVAILABLE WITH THIS FIRM WE WORK WITH. WHEN YOU ARE READY FOR ONE CONTACT US AT gems4u@rocketmail.com AND WE WILL ARRANGE THE GEM FOR YOU. THANK YOU AND HAVE A VERY GOOD DAY

Winza Ruby, a natural Ruby, is classified as one of the traditional four precious stones along with emerald, sapphire and diamond. While limited in nature, coming only from Winza, a remote village in southeastern Dodoma, Tanzania, gems of good color (deep, rich red) and size are available (for a price).

Despite the rarity and the uncertainty of supply, Winza Ruby is getting a lot of notice for several reasons, chief among them, exceptional transparency. The only Ruby with similar transparency was the Vietnamese material discovered in the 90’s and that material was more pink than red. The extent of the find is unknown and may be exhausted before its real potential is known.

Another amazing thing about the Winza Ruby is that it doesn’t need heat to produce it’s fantastic clarity or color. This is an unbelievable gem and a REAL MUST HAVE!!!! Winza Ruby could easily be this generations Paraibe Tourmaline or Tanzanite.

Mining of the Gemstone

In early 2008, a number of unique rubies has been discovered near Winza, a remote village in the southeastern Dodoma, Tanzania. Those Winza Rubies are of excellent colours, excellent brilliancy and excellent clarity that in some cases do not need enhancement. They display a very beautiful, vibrant colours of pure red, slightly orangy-red or orange-red colors.

The new deposit of Winza is not only producing such magnificent rubies, but it is also producing large rubies which are almost unheard of. Unusual large rubies of excellent clarity with the complete absence of any inclusions can be found as well. Faceted Winza Rubies of over 10ct are being trade with extremely high market prices.

Despite the uncertainty of supply, Winza ruby is making a big stir for several reasons besides the fortunate timing of its discovery. The best stones boast exceptional transparency—reminiscent of that seen in Vietnamese material back in the 1990s. But whereas Vietnamese ruby hovered near the borderline between red and pink, the robust red of Winza material keeps it securely in the red zone. Although early samples tend to be orangish, new material has slight purple and blue tints. The best of the material gives Burma a run for its money.

What’s more, Winza’s enviable reds are often completely the product of Mother Nature. This deposit produces the largest percentage in recent memory of material that doesn’t need any heating to develop its good looks. Even before the ban, dealers who specialize in fine ruby found unheated Winza ruby above five carats, often startlingly crystalline as well, impossible to resist.

The mining area is located approximately 10 kilometers southwest of Winza, and can be reached by a four-wheel-drive vehicle in about 2½ hours (much longer during the wettest season, in March and April) from the nearest small town, Mpwapwa. Which is located near Mpwapwa, about 85 kilometers east-southeast of Dodoma. At least 5,000 miners have rushed to the deposit and are using hand tools to excavate shallow pits in eluvial soil.

The excavated material is loaded into sacks, carts or trucks, and brought to the nearby stream for washing. There, the soil is wet-screened and the gems are removed by hand. Several shafts have also been dug by hand to depths reaching 30 meters to explore the underlying hard-rock deposits. The corundum occurs as well-formed isolated crystals, which are typically color zoned (e.g. with an irregular dark blue surface layer and a pink-to-red interior).

It appears that most of the ruby and sapphire from Winza has come from the eluvial workings. There was no evidence that any corundum has been produced from the alluvium within the stream where the material is washed. In one of the corundum parcels, however, we saw gem-quality pieces of a waterworn pinkish orange mineral represented as garnet, which were reportedly recovered from the same area.

Most of the ruby and sapphire production is being routed to dozens of Thai and Sri Lankan (and a few African) buying offices in Mpwapwa. The material we were shown in Mpwapwa consisted mostly of lower-quality fragments, in a range of colors (often zoned) from blue to violet, purple (rarely), pink and red. Due to the informal nature of the mining, it was impossible to determine how much material was being produced, but we estimate that during our visits the miners were gathering a few kilograms per day of mixed-quality material.

By early June, however, the water in the stream had grown scarce, causing a corresponding decrease in production (D. Mantheakis, personal communication, 2008). So far, gem corundum from Winza has been recovered from an area measuring several square kilometers, but the overall size of the deposit is not yet known.

COLOR:
Winza Rubies come in a narrow range of colors including; rich red, slightly blueish red, purplish red & orangy red. The most highly prized color is the very rich red, however, a gemstone exhibiting a rich red color with a hint of a blue streak is often sought by the connoisseur because this color pattern is a specific trait found only in the Winza.

APPEARANCE:
Transparent. Winza like other Rubies is a Type II gemstone and is usually included (although Winza is far cleaner than other rubies). Top gems should be eye-clean with no inclusions visible to the unaided eye.

SIZE RANGE:
.01 to 1 carat are typical. 1 to 3 carat stones are available but over 3 carats are very rare, stones up to 20 carats are known at this time.

HARDNESS:
9 on the Mohs scale.

BEST USE OF THE GEMSTONE:
Winza ruby is a strong gemstone and as such can be used in any type of jewelry, however, reasonable care should be taken with all gems.

INTERESTING FACTS ABOUT THIS GEMSTONE:
In the early part of 2008 some unique Rubies having excellent color, outstanding clarity and brilliance were discovered near Winza, a remote village in southeastern Dodoma, Tanzania. The Winza mine is not only producing rich color and clarity but unusually large gems with some specimens over 10 carats. Other gems coming out of this area are blue and padparadscha sapphire as well as color-change sapphire.

Some unique traits of the Winza Rubies include; internal features of specifically bent fibers, later identified as hollow channels and blue color zoning often occurring as thin stripes that tend to give the gem a purplish color or blue / purple flashes as the stone moves. Heating does not remove the blue color and is proof of a Winza Rubies origin. These characteristics can be seen in both the faceted and rough material and again, offer proof of origin.

For most Rubies (and other gems as well), proof of origin is hard to find as most gems of the same type share common characteristics regardless of origin. The curved fibers and uncharacteristic blue stripes tag these rubies as uniquely Winza Tanzanian Rubies. The first material was on the orangey side, however the newer material may be slightly blue or purple (usually as a result of the blue mixing with the red to show the eye purple).

Top quality is pure rich red, and gemstones found in Ruby rings of this clarity and hue are extremely sought after. There was a recent gemological report that a Winza Ruby of more than 11 carats fold for several million dollars! So if you can ever own one, get one of the best quality you can and you will have a real winner and one that will boost your investment portfolio'

Ruby is the birthstone for July, Capricorn, also the 15th and 40th wedding anniversary.

Here is a short one minute video on the mining area where this beautiful and rare gemstone comes from now.